This page is dedicated to those who have successfully earned their GED Certificate. Many people from different backgrounds, socioeconomic status and facets of life have their own personal reasons for attaining their GED certificate. Here are just a few of them…. 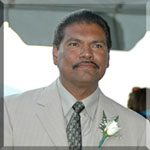 Daniela came to Sweetwater Adult Education in 2004. She completed the school’s orientation in December 2004 and enrolled in an Adult Basic Education class. She went on to earn her GED and graduated in November 2005.

The school’s college and career counselors helped her enroll in Southwestern College in 2006, where she studied to be a marine biologist. At that time, she worked at the National Oceanic and Atmospheric Administration (NOAH) as a biological technician.